Thornhill Primary is a small community school in the very heart of its village. The building houses the community library and local nursery. Moreover it is used by community groups including the Brownies and Cumbrian Youth.  The make-up of the community has changed  since the school was first built in 1927 to cater for the new community of Thornhill which had only just been constructed in 1922. Today there is an aging population and fewer families in the village which has led to a decrease in school numbers, a trend which is unlikely to be reversed. 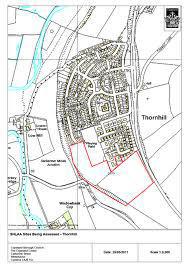 In the early 1920s the area known as Thornhill was nothing but fields, but during the 1920s there was a need to provide housing for families of workers who were employed in the local mines. The expansion of iron ore production after world war one meant that there were miners flooding into the area to work in the local Florence and Beckermet mines. 200 houses were built at this time and then more houses during the late 1950s and 1960s to accomodate workers at the nearby Windscales and Calder Hall nuclear facities. During this time the school was re-modelled from an all age (5-14 year) school to a Primary School, Secondary pupils were transfered to Wyndham School at the age of 11. This school is now called West Lakes' Academy. 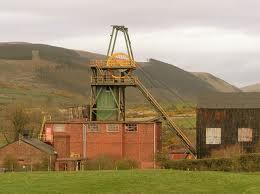 During the 1970s the school roll was at its height with just over 200 pupils. It is around 80 pupils in modern times.

In January 2017, Thornhill Primary began offering Nursery provision for 2 and 3 year olds. These pupils are now part of our EYFS unit.

In September 2020, the school officially federated with Arlecdon Primary school under a joint Governing Body.